Research into mimicry of the functioning and behavior of living creatures ("biomimetics") has resulted in many inventions, such as hook-and-loop fasteners (inspired by cocklebur) and soccer goal nets (inspired by the shape of honeycombs). In the field of information and communication technology, too, many studies have applied the behavior of living creatures to problems such as networking. Recently, as networks have become larger and more complicated, it has become more difficult to understand the global status of networks and to control them appropriately. Toward solving this type of problem, we focus on swarm intelligence, which is seen in flocking birds and schooling fish. This swarm intelligence is social behavior arising from the autonomous behaviors of individuals, and we believe that applying this concept will enable distributed and adaptive network control.

We focus on communication between living creatures. Specifically, we plan to apply mathematical models to acoustic communication among Japanese tree frogs in order to model a network. To do so, we estimate the location of frogs and conduct experiments in real environments where frogs live, such as the Oki Islands of Japan.

An additional focus of our laboratory is understanding suitable mappings between groups in the natural world and networks in the Internet of Things (IoT). IoT networks include many and varied sensors and devices, and control of such networks could benefit from the advantages of biological systems, which achieve scalability, robustness, and adaptability under conditions of environmental change. We are particularly interested in models of the collective decision-making of groups with leaders, which may allow network control that can reach target states more quickly by designating leader nodes to guide the behavior of other nodes.

Human brains are very good at solving problems. It is reported that it takes the K computer (a massive supercomputer cluster) 40 minutes to reproduce a single second of human brain activity. The brain carries out extremely complicated processing but uses only a fraction of the energy used by a supercomputer to do so. The human brain is composed primarily of connections among neurons, and the resulting network has high communication efficiency and robustness. We believe that these characteristics of the brain network can be mimicked to construct an information network composed of the connections among routers and/or devices. We aim to use computing resources more efficiently and to improve network performance (delay time, communication bandwidth, and fault tolerance) by a proposed method of constructing a computing network with the characteristics of the brain network.

We focus not only on the structure of brain networks but also on ways that perception functions in the human brain. Humans can use ambiguous and uncertain information to make situationally appropriate decisions to a high degree of certainty. An example of applying this cognitive mechanism to technology would be a video player that can use cognitive functioning to automatically select an appropriate quality for display images according to the network environment, thereby improving the quality of experience (QoE) for the viewer. In addition, we are conducting research to estimate the degree of satisfaction (QoE) for watching videos by measuring electroencephalogram (EEG) of people who are watching the videos. Through the EEG measurement, we aim to realize network control technology that more closely matches the human experience by using technology to estimate QoE from human biological information. ( About Experiment (PDF)) We conduct research that applies findings from the field of brain science to research in the field of information networks. 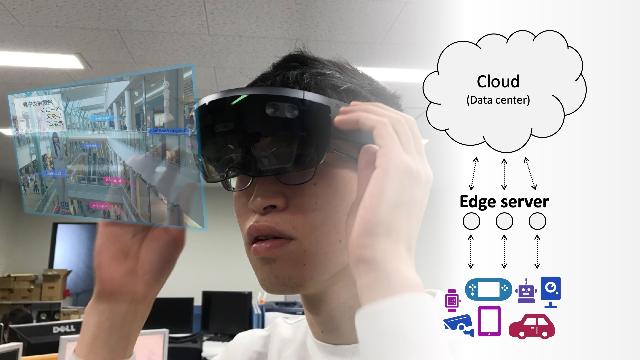 Have you encountered MR? MR technology merges real and virtual worlds by overlaying virtual world information on the real world in real time. Though most current MR applications run offline, it is expected that they will connect to networks in the future. So-called 5G networks are being built in anticipation of increasing use of services, such as MR, that demand high bandwidth and real-time processing. The main features of a 5G network are multi-connection ability, high speed, high capacity, and low delay. Edge computing is one technology used in achieving these aims. Edge computing is a new form of information processing that is expected to work in tandem with cloud computing. For this pairing, a new processing base (an "edge server") is placed near users, such as at a mobile phone base station, and the edge servers, rather than a cloud data center, provide service to users. This structure can reduce delay caused by geographical factors and load concentration, which are problems in traditional cloud computing.

In the shopping mall experience service that we are developing as an implementation of network-oriented MR, a user wearing an MR headset cooperates with a robot in a shopping mall by video streaming or gesturing. Users can shop from home as if they were actually there. Since it is necessary to process the video taken by the robot in real time, we are considering the use of edge computing to improve the responsiveness of the application and raise the user's QoE.

Recently, devices intended for network use (IoT devices) have been increasing in number and are demanding more varied network services. IoT devices send private information to a user via the global network (e.g., a network camera sends recorded video, and a connected home appliance sends usage information specific to the user). New network services transmit important information (e.g., virtual currency services send monetary information and online shopping services send personal information). As the importance of sending information via networks increases, so does the importance of network security. Attacks on the network have already been observed and caused harm. As one example, an attacker could operate vulnerable IoT devices by sending packets via the network or could steal private information by infecting user terminals with malware distributed via malicious websites.

Our goal is to detect anomalous traffic by machine learning. We deployed a method that uses convolutional neural network (CNN) that learns the characteristics of malicious traffic by using known malicious traffic, which allows detecting malicious traffic from among actual traffic with only a low risk of false detection. We are also trying to construct a secure communication platform for IoT by using blockchain technology. 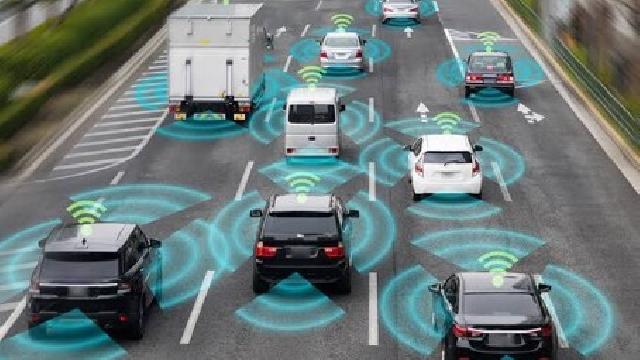 We are particularly focused on devising algorithms for the controller. For example, we are working on a method of controlling the virtual network that is inspired by the "Yuragi" principle of living things, and on a control method that uses potential fields. We aim to create networks that can adapt to environmental changes such as traffic fluctuation and equipment failure.

Please read our latest report. We would appreciate your frank opinions.